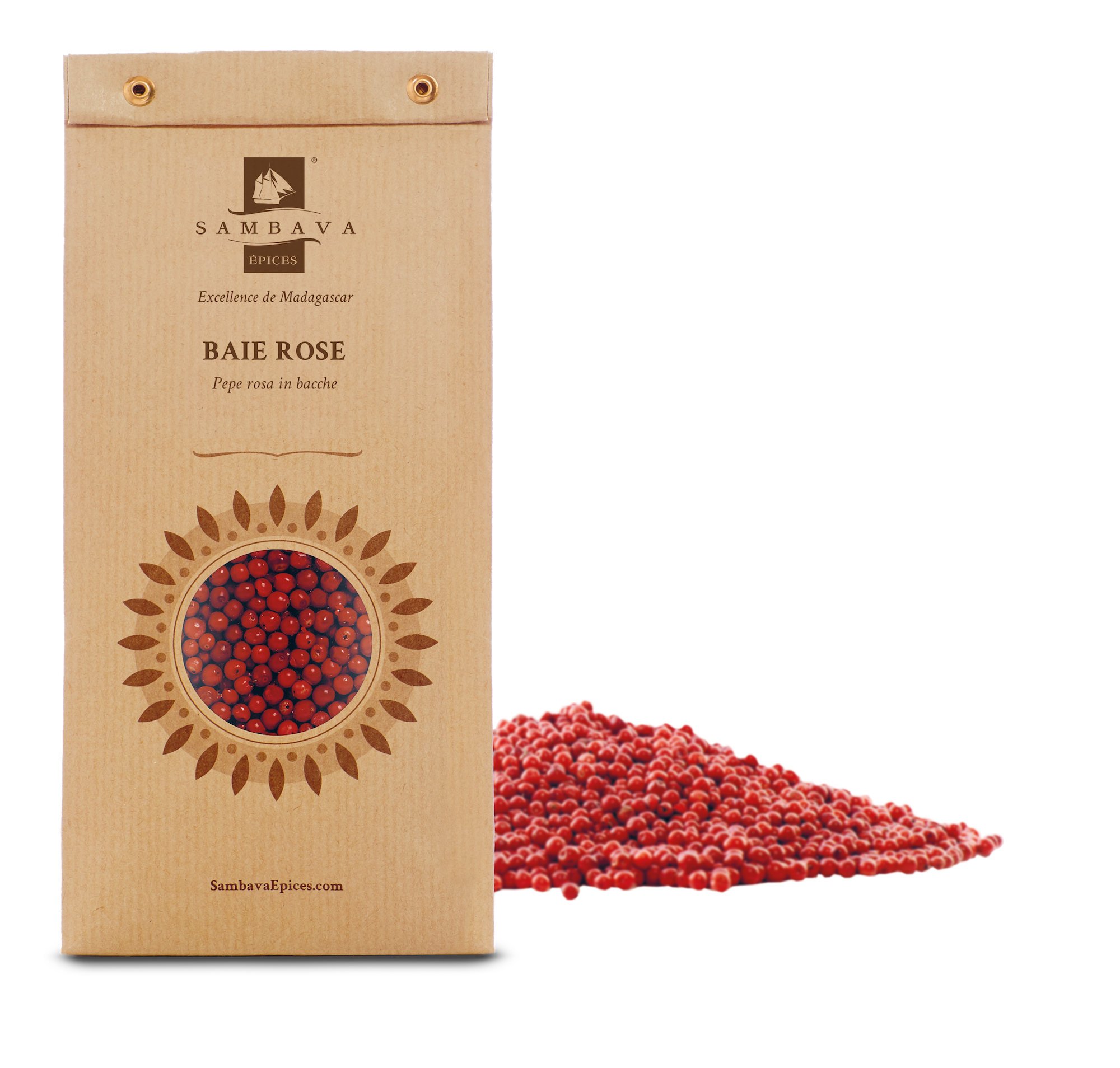 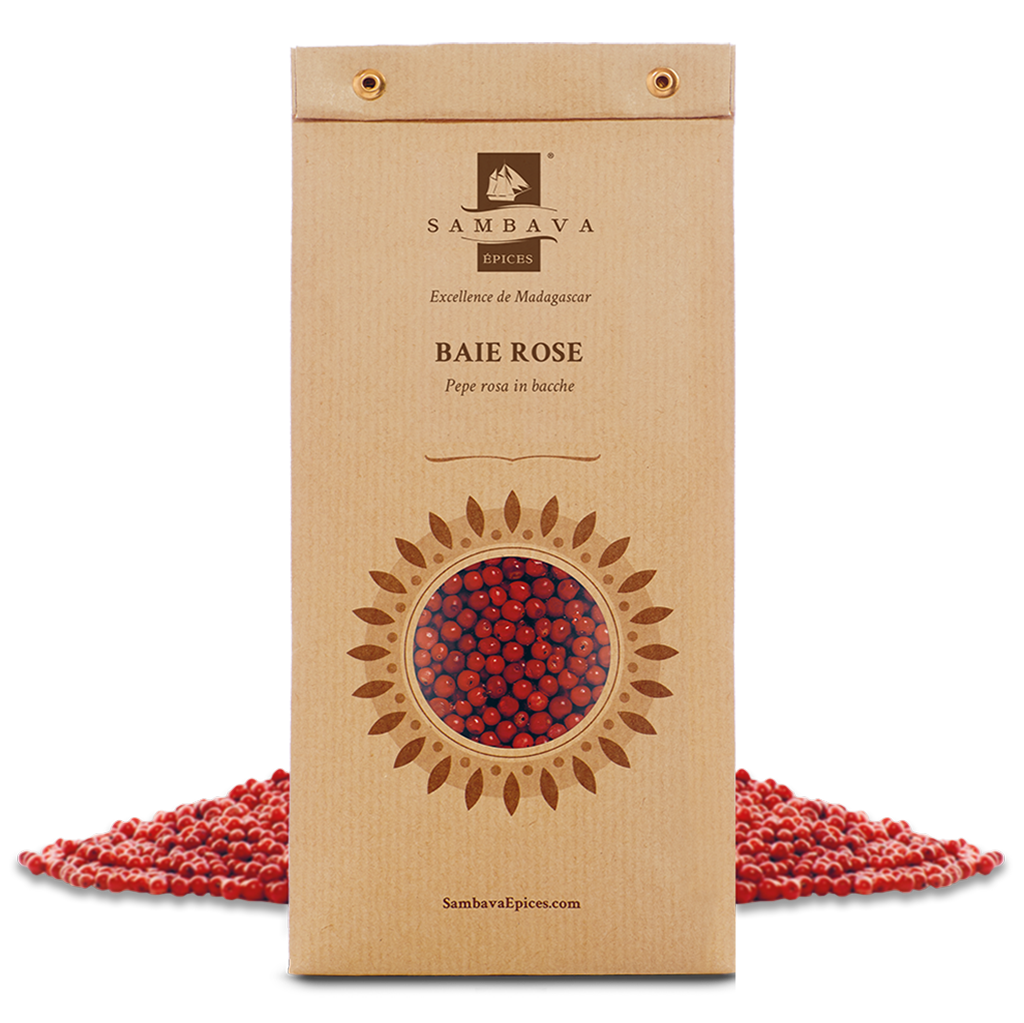 This particular pod grows above all in the Andes at medium altitudes. It is known as "false pepper" but it actually has nothing to do with pepper. Schinus terebinthifolius, which can grow up to seven meters in height, is often cultivated as an ornamental tree, owing to the attractiveness of its pods, which become red, but only when dry. When the peppercorn has turned fully pink, it is harvested in bunches and then chopped using scissors, before being dried or preserved in brine with water and salt.

Sambava Épices has selected the product that grows on the central uplands of the Sakay region, where the quality is highest, in terms of both dimensions and aroma. It features a bright red color and is slightly spicy on the tongue, but never excessively so – for this reason it is a favorite of even the most refined and delicate of palates.

It is used widely in French cuisine. Its subtle aroma is ideal for flavoring fish, white meat, yoghurt-based sauces, savory tarts and eggs. It is also used in the garnishing of a typical Tuscan ham called Orecchione. Furthermore it is used since antiquity by South Americans for its medicinal properties, it is a panacea for bronchitis. It contains essential oil, resin and tannin. In South America, the pods are used to flavor syrups, vineyards and numerous drinks, and are often added to wine. 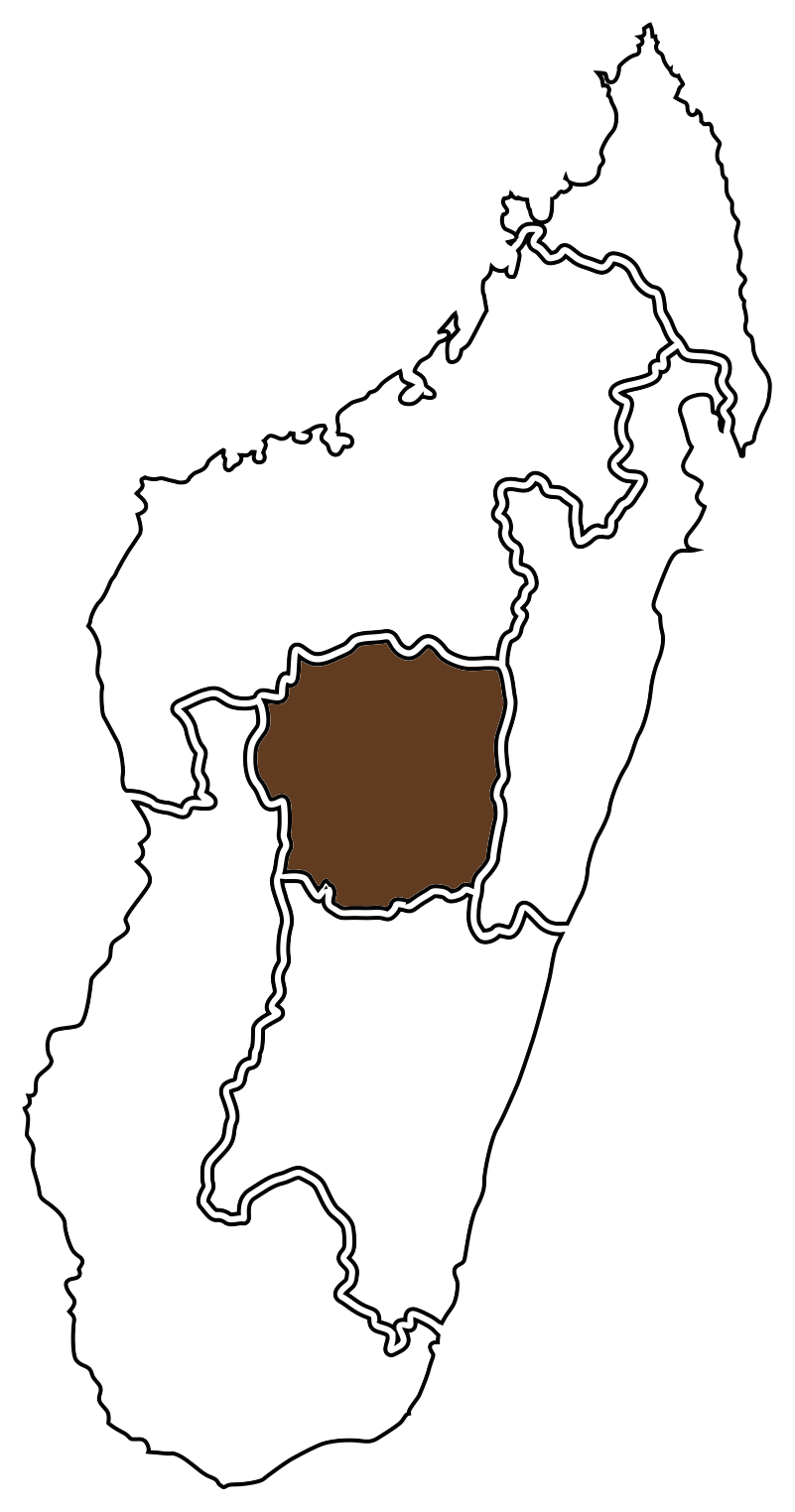 Antananarivo, Its name means "the Village of Thousand", because of the "thousand warriors". Antananarivo has a tropical climate of altitude.

Antananarivo, Its name means "the Village of Thousand", because of the "thousand warriors". Antananarivo has a tropical climate of altitude.