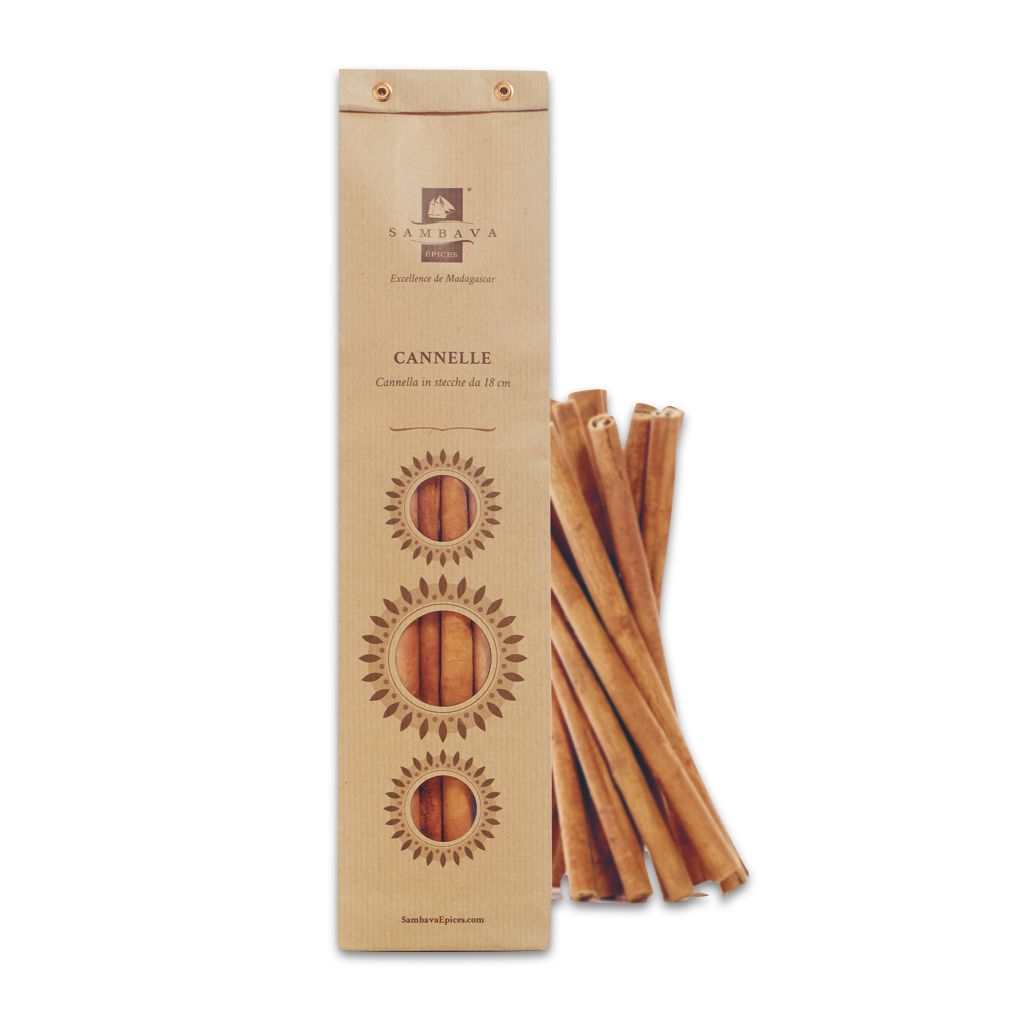 Cinnamon – Cinnamomum verum – has been known from remote antiquity. Cinnamon was so highly prized among ancient nations that it was regarded as a gift fit for monarchs and even for a god. It is extracted from the inner bark, under the exterior covering of the tree. The surface is scraped and the remaining “stick” is rolled like a papyrus, and then cut to the desired length. The aroma and flavor if cinnamon derive from its essential oil and principal component, cinnamaldehyde, as well as numerous other constituents, including eugenol.

The cinnamon selected by Sambava Épices is sourced from the bark of Cinnamomum zeylanicum, which grows on the east coast of Madagascar, where it was planted by the French in the last century. The quality is unrivalled. The aroma is delicate, sweet and persistent, without ever becoming cloying. It stands apart from the less prized variety from south-east Asia, which is produced using Ceylon Cinnamon and has a more bitter flavor. It is an antiseptic, rich in vitamin A, which helps to overcome illness and improves digestion.

The Eastern and Creole traditions use cinnamon to flavor tea, but cinnamon is also mixed with savory foodstuffs, particularly smoked meats. It is used to bring out the fragrance of punch, it works well with the acidic flavor of apples, and it is a sine qua non in pain d’épices and leavened desserts. It can be crumbled or grated at the time of serving, and is perfect with chocolate, and as a flavoring in cream, whipped cream, meringues and ice creams. It can achieve exceptional results in the flavoring of spirits and liqueurs. 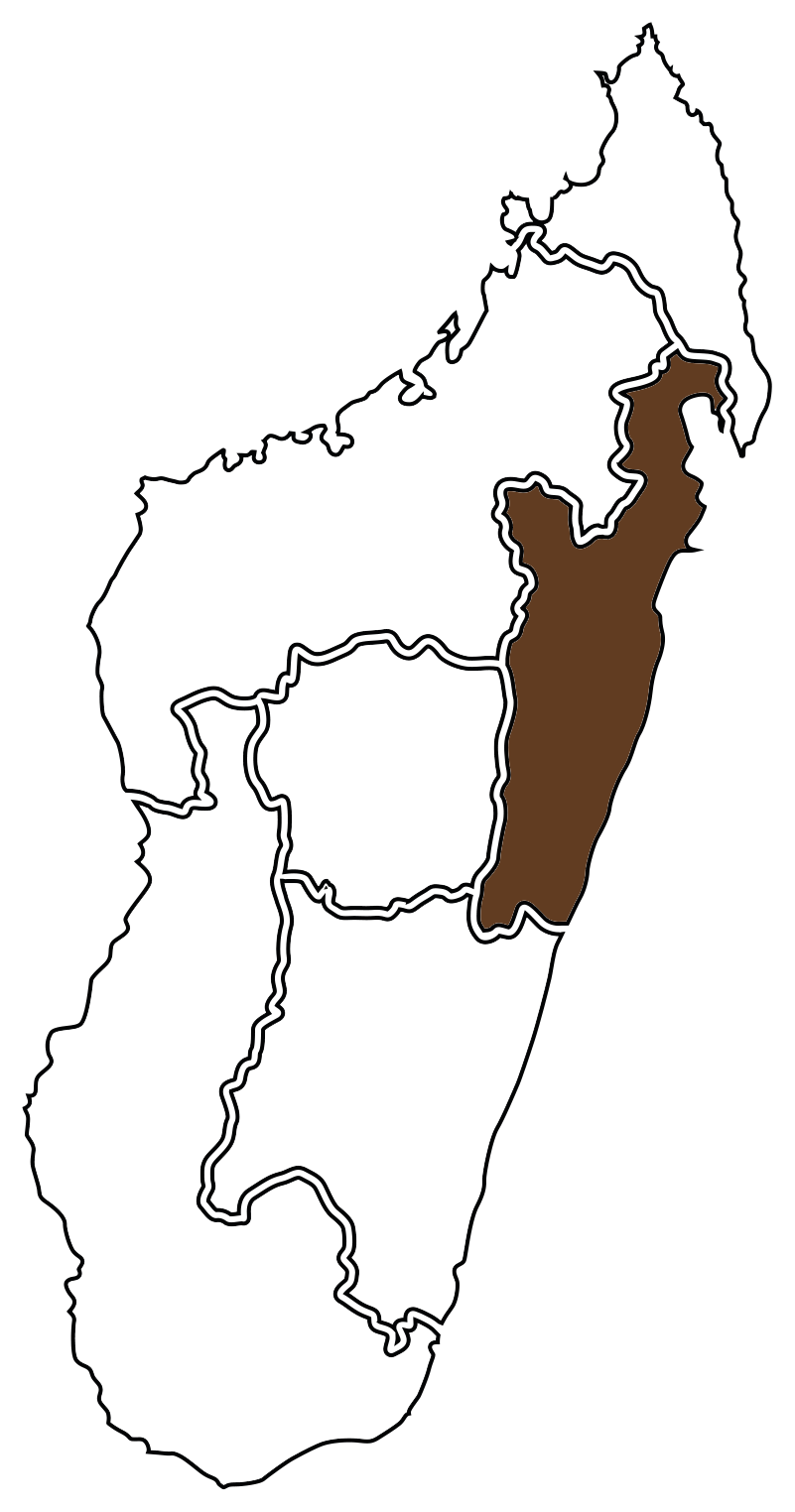 Toamasina means "that seems salty" in Malagasy (Tamatave or French name) is a large city in eastern Madagascar, the eponymous capital of the province of Toamasina and the Eastern region.

Toamasina means "that seems salty" in Malagasy (Tamatave or French name) is a large city in eastern Madagascar, the eponymous capital of the province of Toamasina and the Eastern region.